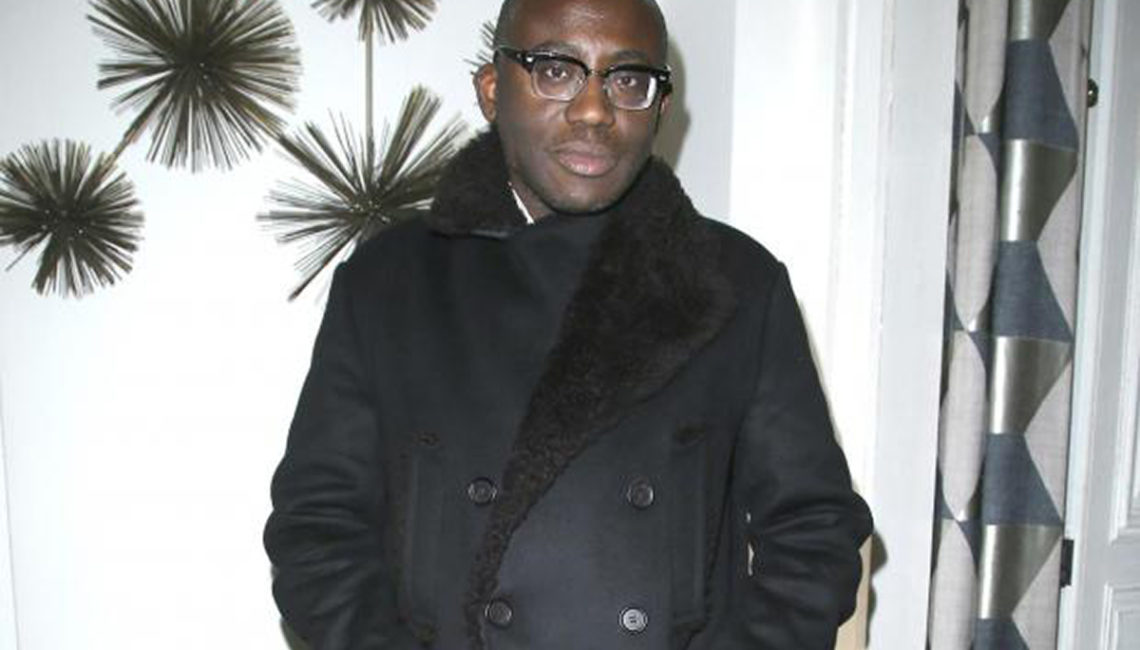 We’re long-time fans of Edward Enninful, so we couldn’t have been more excited with the news of his appointment as editor-in-chief of British Vogue!  He has that extraordinary eye and creative vision that  have delivered some of the most beautiful and provocative fashion editorials over the past 20 years, much of it featuring fur.  Is it any wonder that we’ve been following his career? 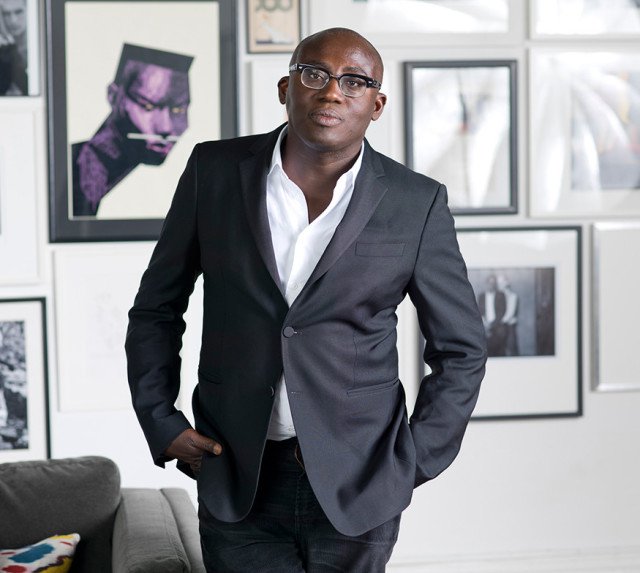 Take, for example, the feature layout “We Are The World” shot by Steven Meisel and styled by Edward for the September, 2010 issue of Vogue.  Enninful’s use of ornate patterns, bold accessories and opulent furs brilliantly showcased the nomadic inspirations for the fall collections.  This layout may be one of the most significant fur stories since “The Great  Fur Caravan” shot by Richard Avedon under the direction of Diana Vreeland and Polly Mellen for the October, 1966 issue of Vogue.  Or how about his “Black Issue” for Vogue Italia in 2008?  Also shot by Steven Meisel, this ground-breaking editorial paid tribute to beautiful black women.  It is a testament to Mr. Enniful’s impressive instinct and his bold and innovative thinking.  More recently, his post-apocalyptic renderings of Rihanna for W’s September, 2016 issue help to illustrate his iconic status. 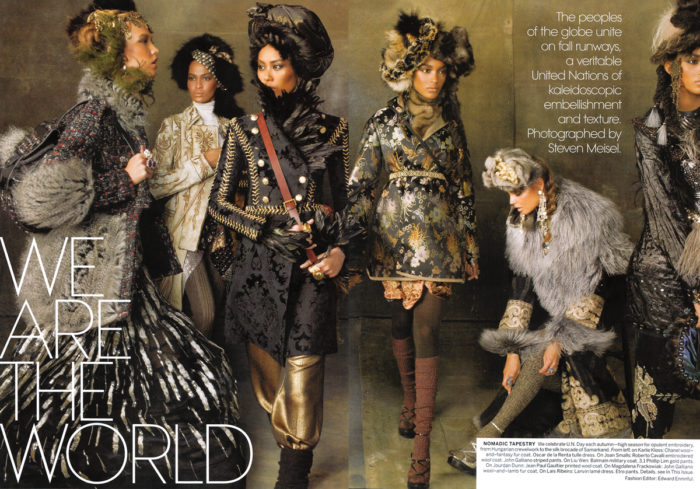 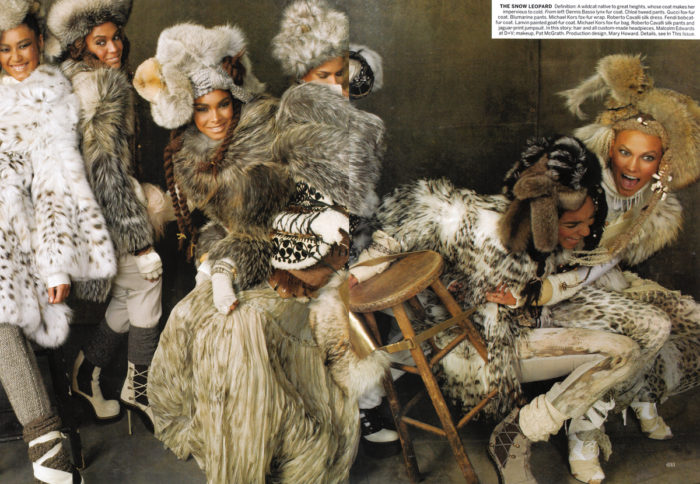 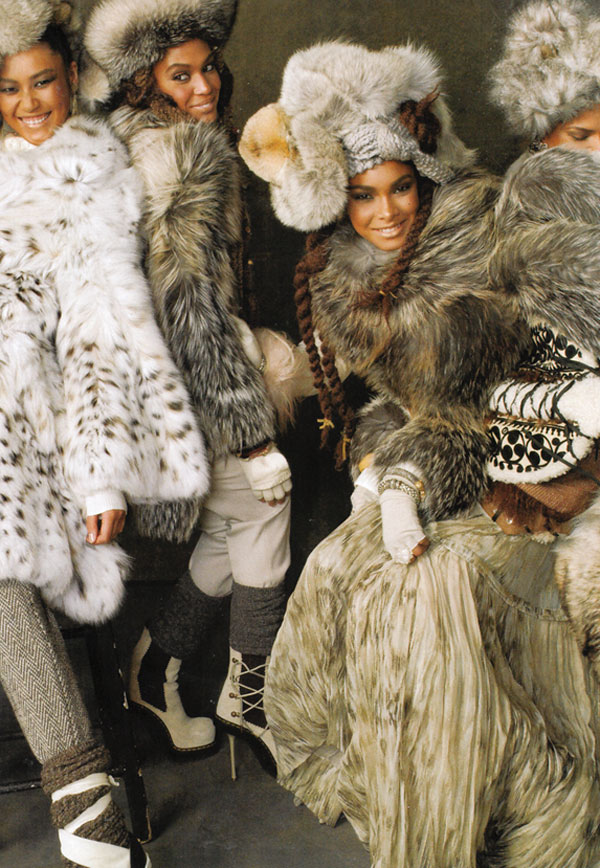 “We are the World” editorial featuring styling from Enninful 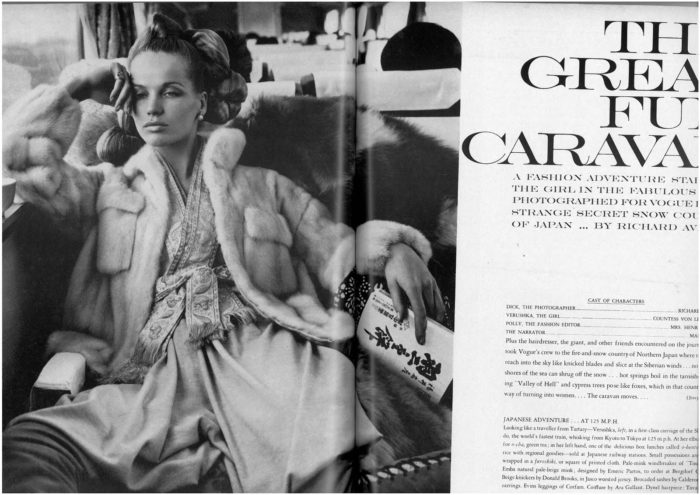 “The Great Fur Caravan” shot be Richard Avedon under the direction of Diana Vreeland and Polly Mellen for the October, 1966 issue of Vogue. 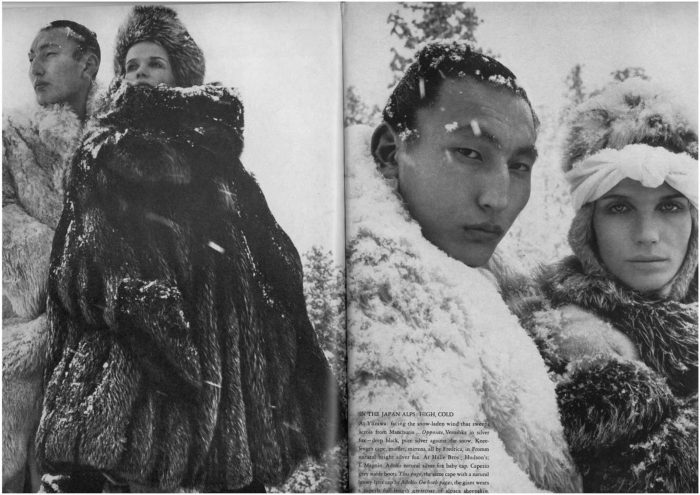 Images from “The Great Fur Caravan” 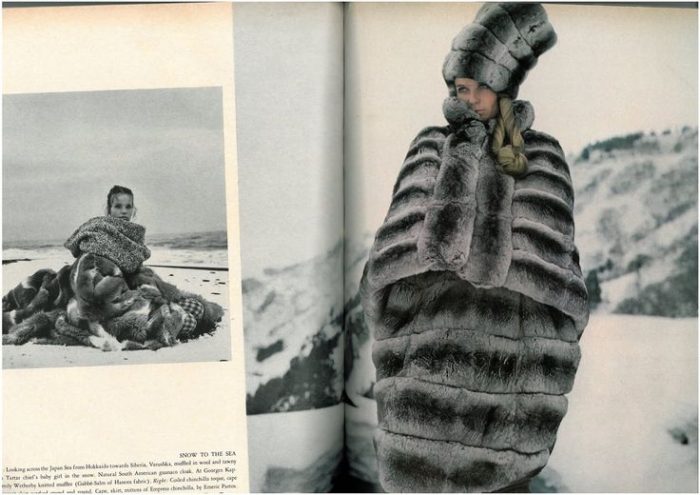 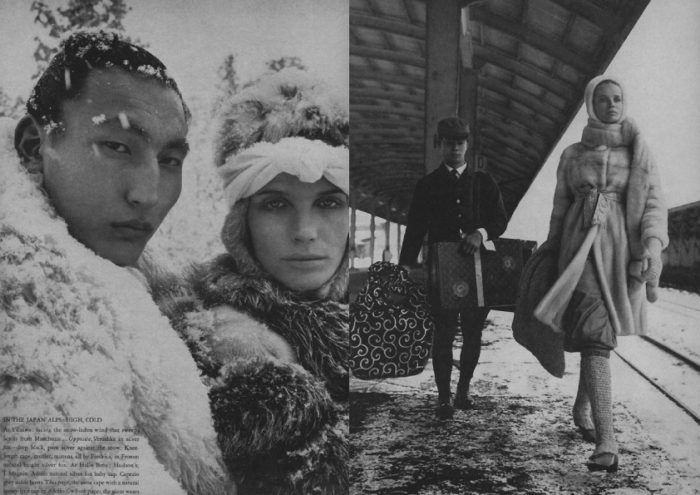 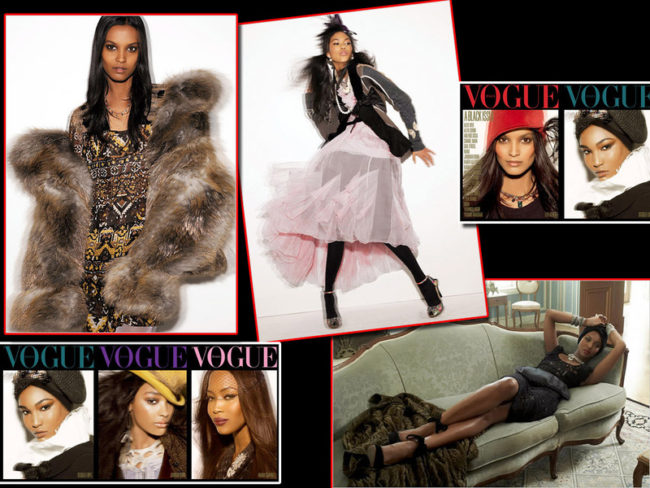 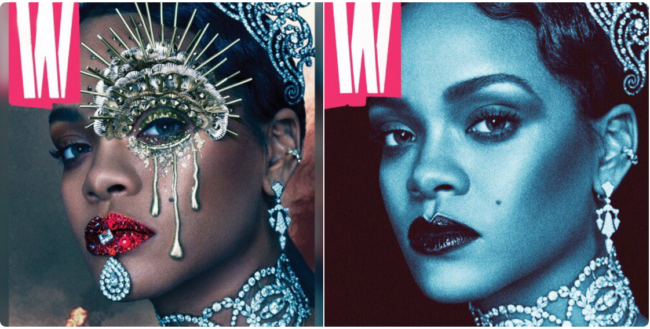 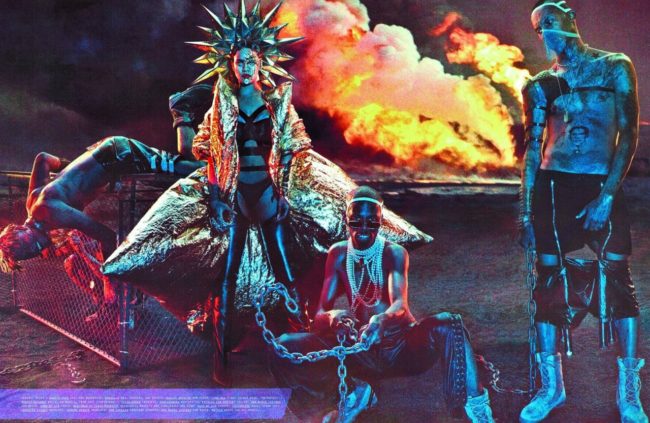 Rihanna for W’s September, 2016 in a post-apocalyptic theme 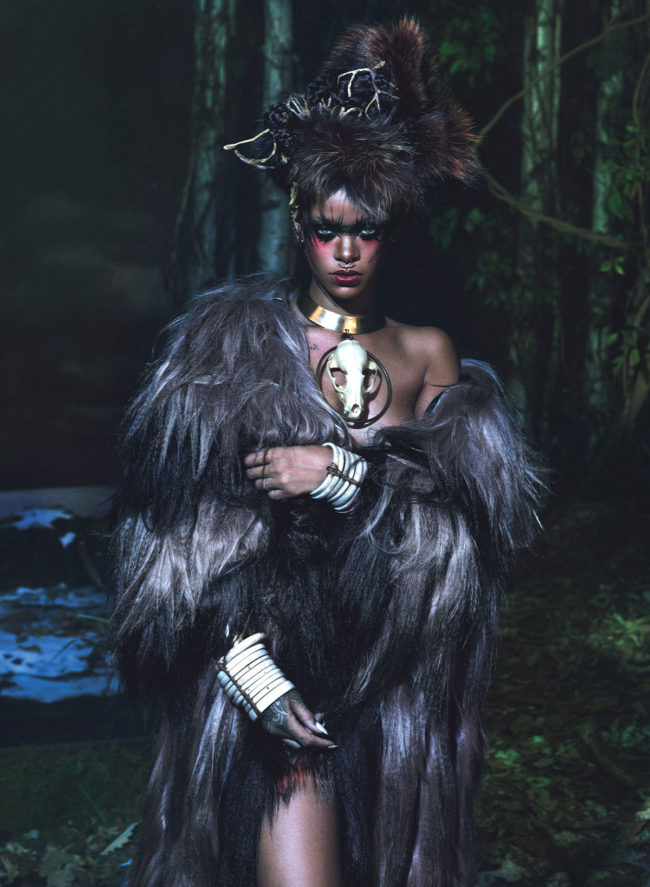 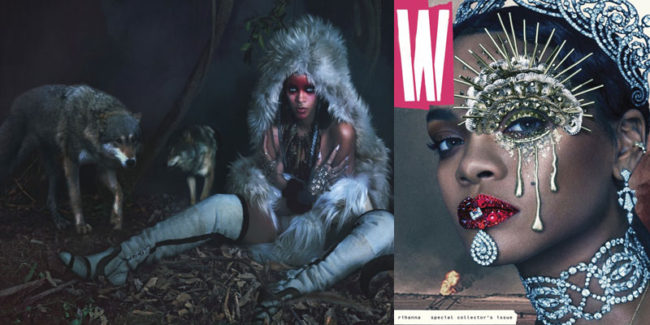 Edward Enninful takes the role of editor-in-chief of British Vogue, succeeding Alexandra Shulman, who stepped down from the role after 25 years in January. Enninful will be the first male to edit the publication in its 100-year history. He will begin on August 1 and will report to Jonathan Newhouse.  We look forward to this new era at British Vogue and the impact of his vision on the fashion conversation. 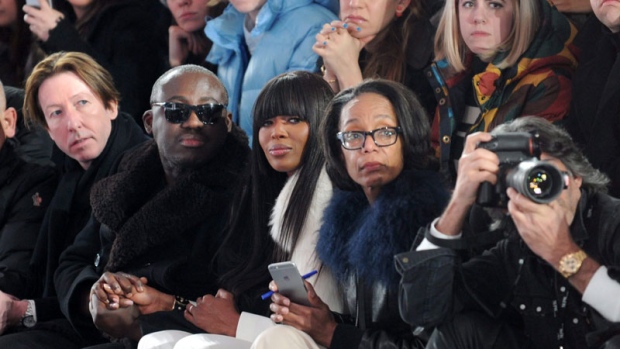 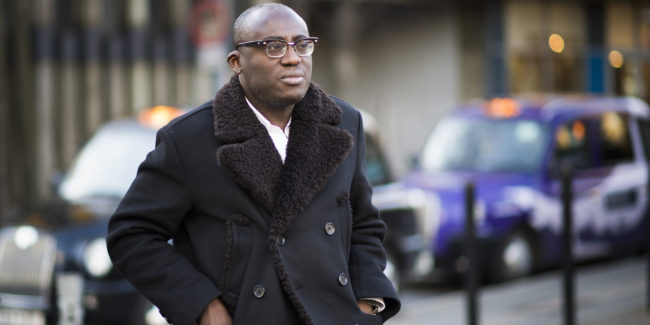 For more on Mr. Edward Enninful’s extraordinary rise in the fashion world,  click on the embedded link.