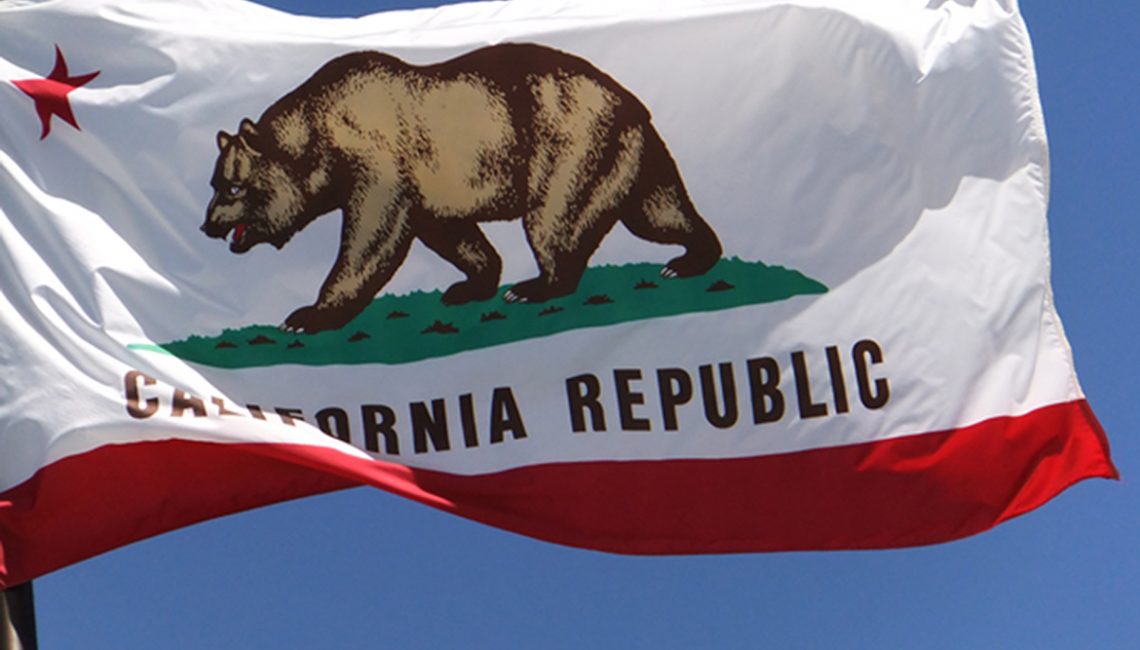 Deeply entrenched in dissecting and downloading all of the eye-popping creations and trends that have made their way down the global catwalks this fashion month, we would be remiss if we didn’t shine a light on an important issue affecting one particular sector of the fashion industry. As you know, we are fashion focused, but fur friendly as our tagline reads. We love fashion….period! And, right now the outcropping of proposed  bans on natural fur that are popping up in various cities is in one word censorship… not to mention, completely unconstitutional!

Why California? Say NO to the Fur Ban

In an era when the public is overwhelmingly aware of the environmental and social costs of mass- produced fast fashion is California sending the right message by banning real fur, a natural and sustainable product, in favor of fake fur? 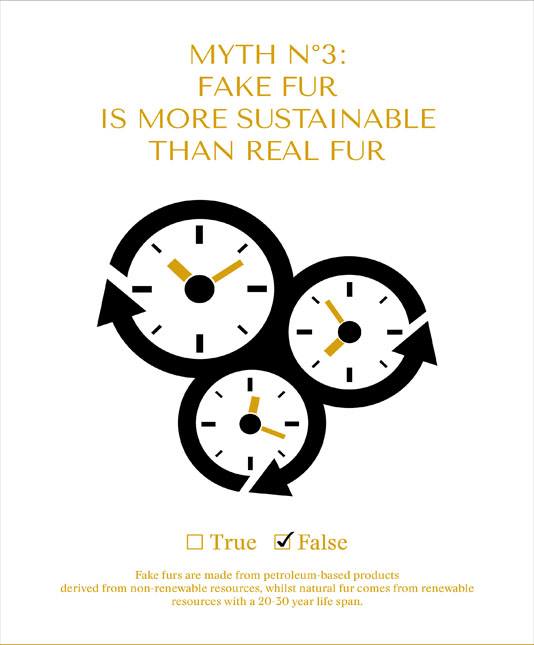 Fur is an easy target because it is a luxury product.  And in California where the weather is warm, the milder temperatures make fur less of a lifestyle necessity. It’s that simple. In today’s world we often hear the question, “With so many alternative fabrics why do people need to buy fur?”  The response is straightforward and simple. Overwhelmingly people support the concept of individual freedom of choice.  There is no reason why wearing fur should be less acceptable than wearing leather shoes, a cashmere sweater or a silk scarf, or eating meat, which all involve animal breeding programs for man’s use.  But for many, as a symbol of luxury in an era of increasing economic disparities, fur has taken on some baggage that makes it an easier target.

Just the Facts: Say NO to the California Fur Ban

Don’t be misled by the false propaganda and fabricated materials often presented by animal rights activists that may be guiding your decision.  Fur farming is highly regulated under international, national and regional laws and guidelines.   In the U.S. state statutes cover everything from mistreatment and neglect, to intentional cruelty, and reports are investigated by the appropriate local and/or state agency, oftentimes both.  Under current anti-cruelty statutes, anyone who mistreats an animal faces investigation, prosecution, fines, jail time and even the loss of his animals. 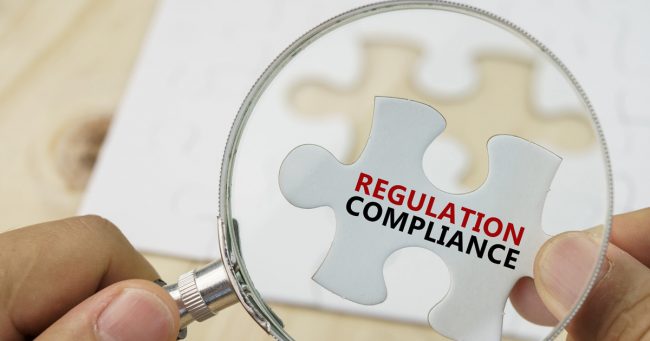 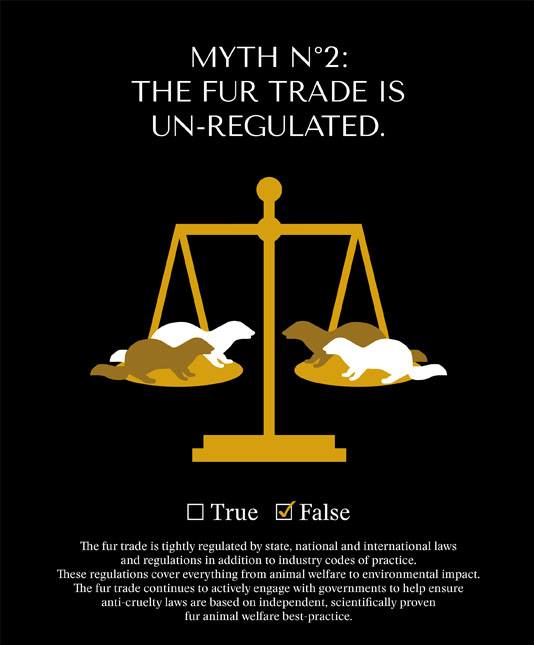 The industry works closely with scientists and veterinarians on an ongoing basis to identify and implement codes of practice that evolve over time to insure the welfare of fur farm animals.  Among the areas covered by these recommendations are housing, feeding, breeding, euthanisation and veterinary services. 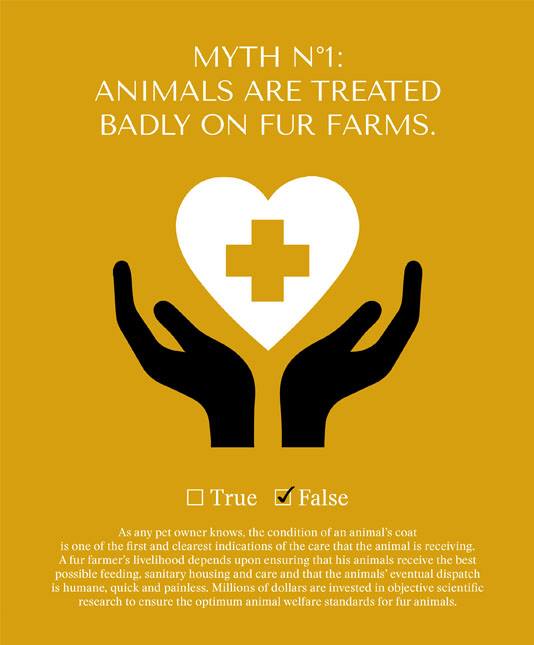 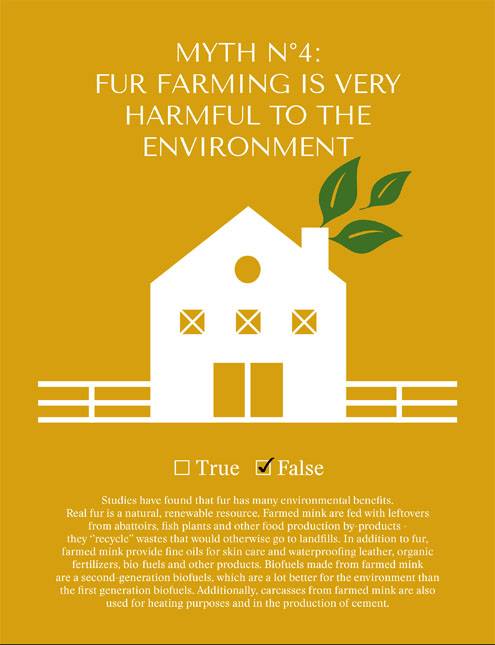 Strict regulations govern the capture of all wild animals.  These include laws related to implementation of the Convention on International Trade in Endangered Species (CITES) and national or regional regulations stipulating trapping seasons, quotas for certain species, required licenses, permitted/prohibited capture devices and trapper training. 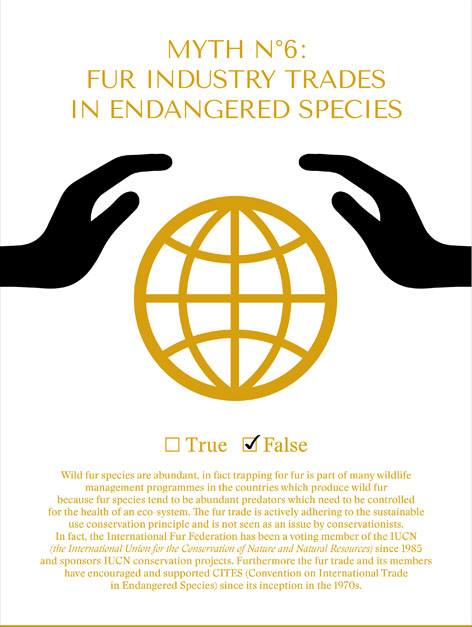 No endangered species are used in the industry and, in fact, the fur trade today actually uses less than one-quarter of one percent of the animals used for food and other purposes.  And, contrary to suggestions that the fur industry uses dog fur, fur industry representatives worked with legislators in Washington DC to secure passage of the Dog and Cat Protection Act of 2000.

Feel like we do?: Say NO to the California Fur Ban

Do you hate that fake fur is being passed off as a responsible and “ethical ” option with no regard to the environmental threats it poses?  Does it make you angry that legislators are taking away our freedom to choose  real fur, a natural, sustainable,  biodegradable material? Then let your voices be heard! Do you believe in consumer freedom of choice?  Then let your voices be heard.  Fur today.  Leather tomorrow.  Wool next.  Time is of the essence. We urge you to click on the link below and register your displeasure!