“It’s showing that we are very good citizens and that we are working not only for profit, but also for something that is transcendent” 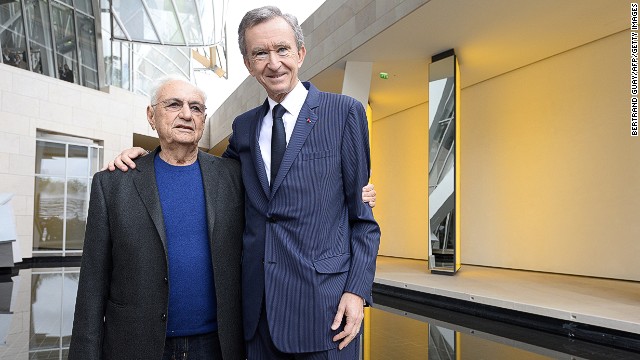 LVMH CEO Bernard Arnault, the richest man in France, first met with Gehry to plan the commission in 2001.

Paris is still referred to  as the “City of Lights”, a nickname established as a result of the mesmerizing Exposition Universelle of 1889, which showcased the technological innovations of electricity to an awestruck public.  Now an exciting new project is making an imprint on the Parisian cultural landscape.

A few days ago, LVMH christened its latest and most ambitious cultural project, the FONDATION LOUIS VUITTON (Louis Vuitton Foundation), a 41,441-square-foot museum/performing arts center celebrating the company’s public and private art collections, as well as providing a showcase for temporary exhibitions and performances by contemporary artists. 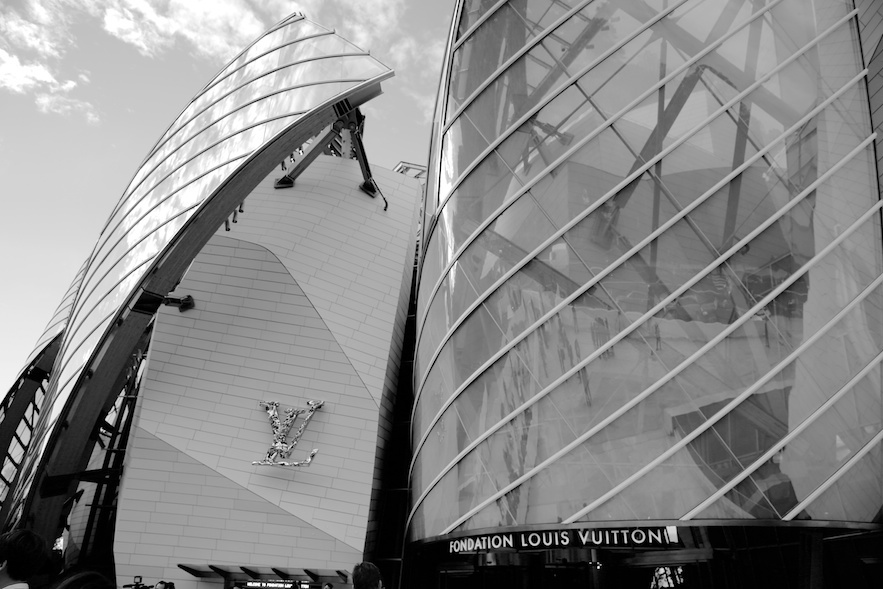 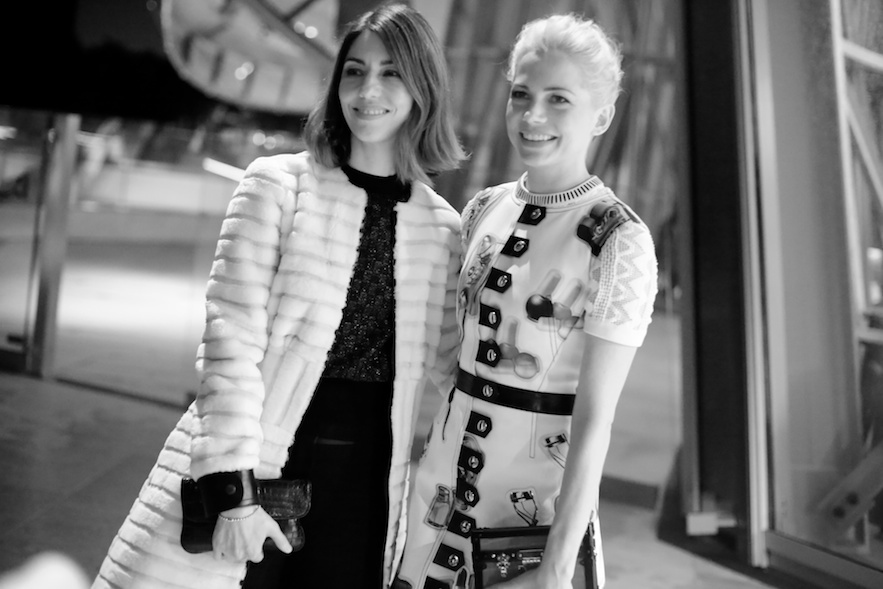 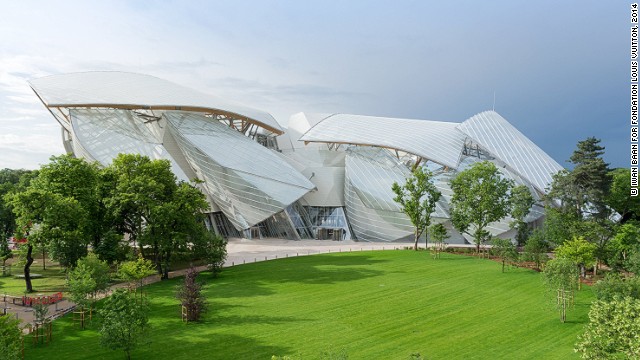 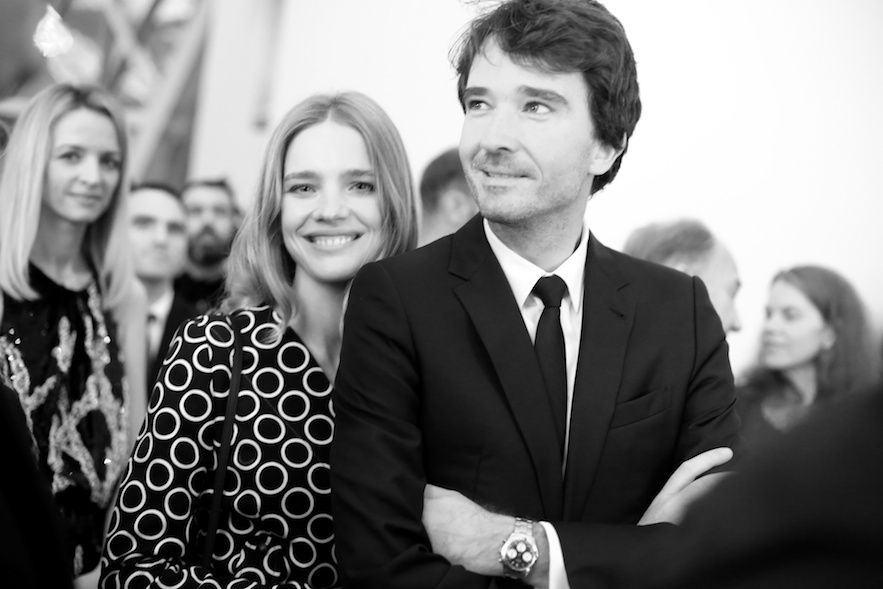 The museum’s graphic sculptural silhouette commanded its fair share of criticisms from the get-go – just like the Tour Eiffel (Eiffel Tower) did in 1889 – but is sure to become another Parisian landmark and a tourist favorite very soon. Its controversial architect, Frank Gehry, opted for glass this time rather than metal as he did with his prior works like the Guggenheim Museum in Bilbao, Spain, and the Walt Disney Concert Hall in Los Angeles. The posh location too –it is adjacent to the Jardin d’Acclimatation– was criticized for taking space within the Bois de Boulogne. 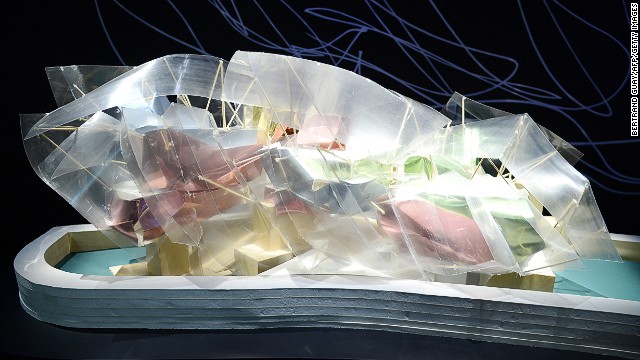 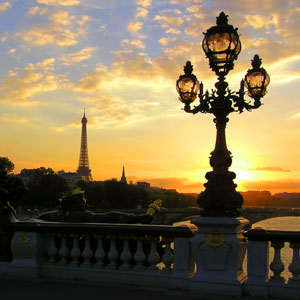 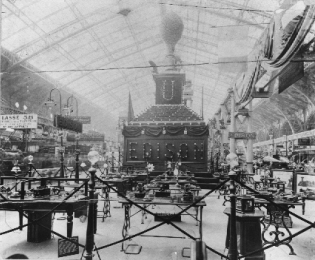 Photo of the Exposition Edison at the 10th World Fair in Paris, 1889.

But public opinion can change quickly, and since the opening week a few days ago, all seems well. The museum’s imposing shape, its art collection and schedule of events appears to have seduced the greater public and most detractors. The fact that the important collection – including works by Jean-Michel Basquiat, Gilbert & George, Jeff Koons, Ellsworth Kelly, Olafur Eliasson, Janet Cardiff, Sarah Morris, Taryn Simon, Cerith Wyn Evans and Adrián Villar Rojas, among others contemporary greats – will be gifted to Paris in 55 years has also sweetened public opinion and brought recognition to LVMH’s philanthropic and cultural contributions. 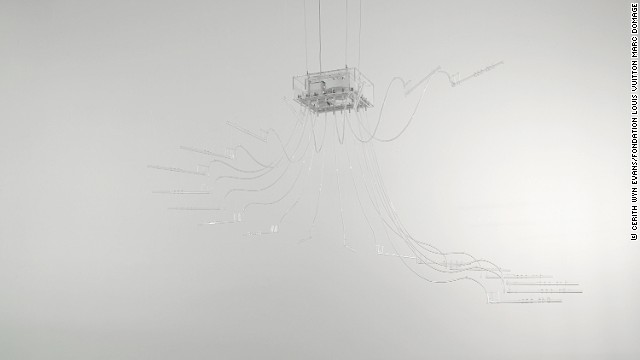 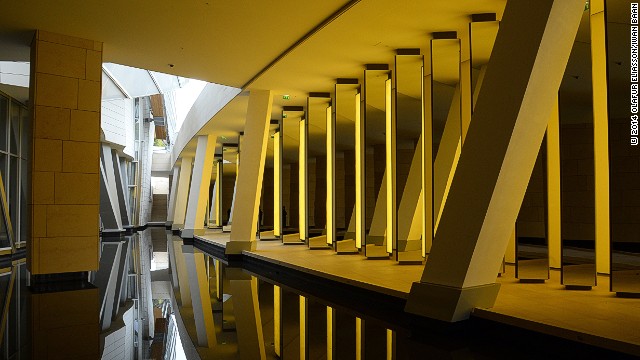 Other works on display include Inside the Horizon, a specially commissioned piece by Danish-Icelandic artist Olafur Eliasson, who is known for creatively incorporating light into his installations. 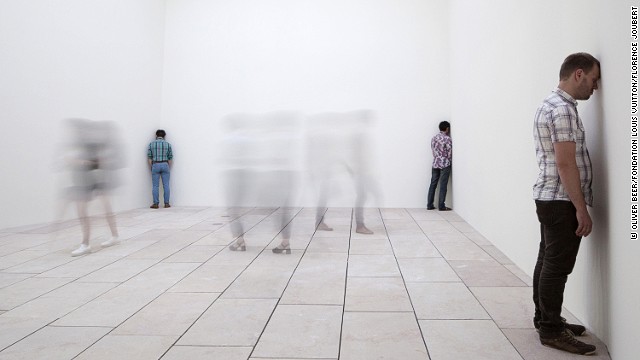 On the performance art side, Oliver Beer’s Composition For a New Museum has three people singing in different corners of a room to demonstrate the building’s acoustics.

The initial inauguration on October 24th was only phase one of a three-tier opening ending on March 16th, 2015. LVMH has a few more surprises in store!