As London Fashion Week comes to a close we are finding it a bit of a challenge to identify those key trends that will define the Spring-Summer 2015 fashion landscape.  This week we were pleased to see happier colors on the menu – a breath of fresh air in relation to New York.  More prints were used, but much less photo printing which was a “Must” for the past two years. And, as we would expect in London, there were a few wildly creative pieces peppered throughout the runway presentations, though most looks were more sophisticated than flashy as a rule. 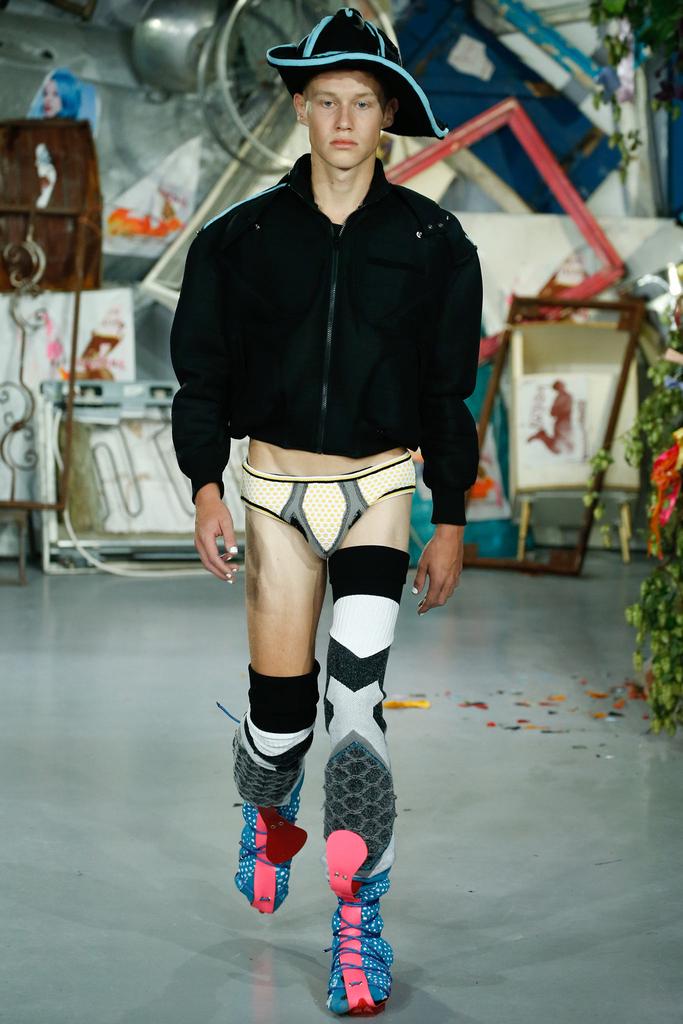 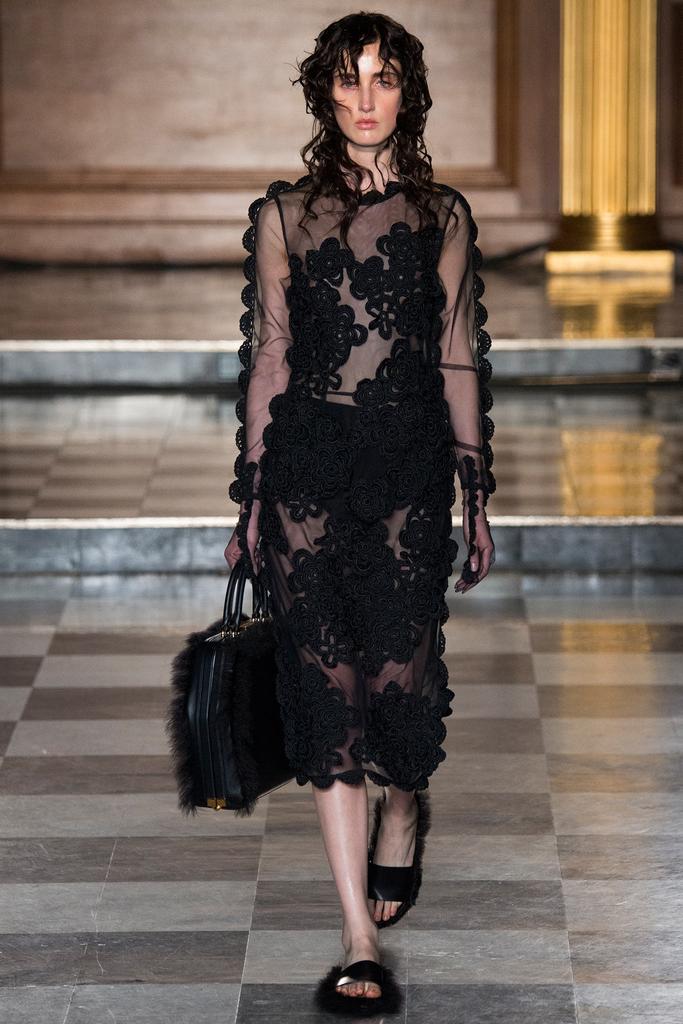 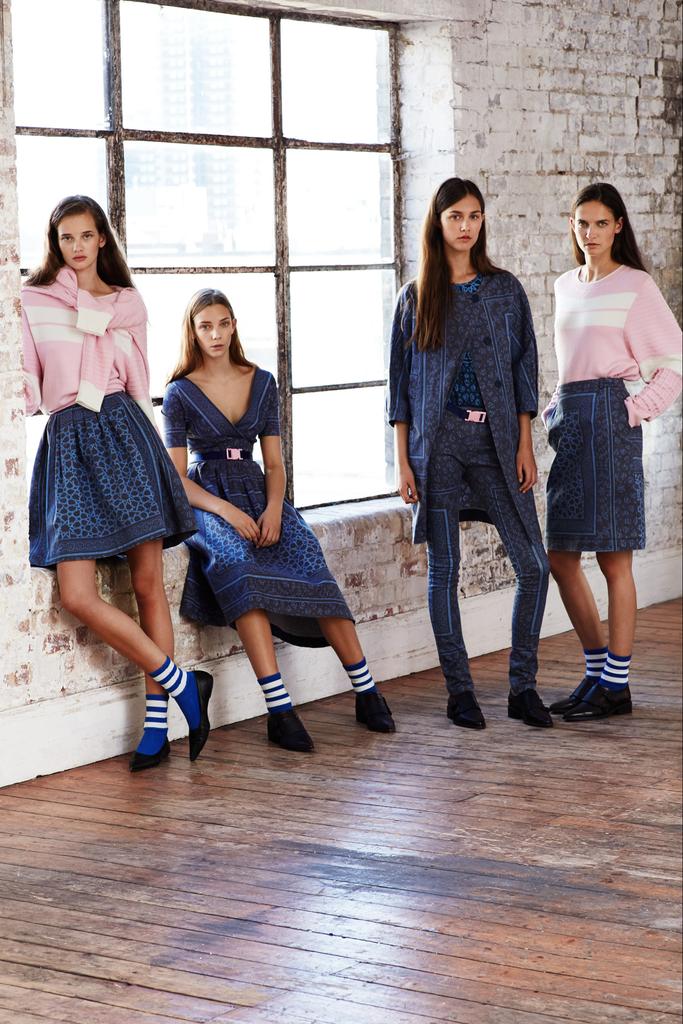 An exciting addition to these line-ups were the great draping applications that veered from bold simplicity to layered intricacies, all while maintaining a decorum of elegance. These looks favored longer hems and often referenced shapes from the early part of the last century (1910’s).  We are big fans and hope this continues in London next season and takes hold in Milan and Paris too. 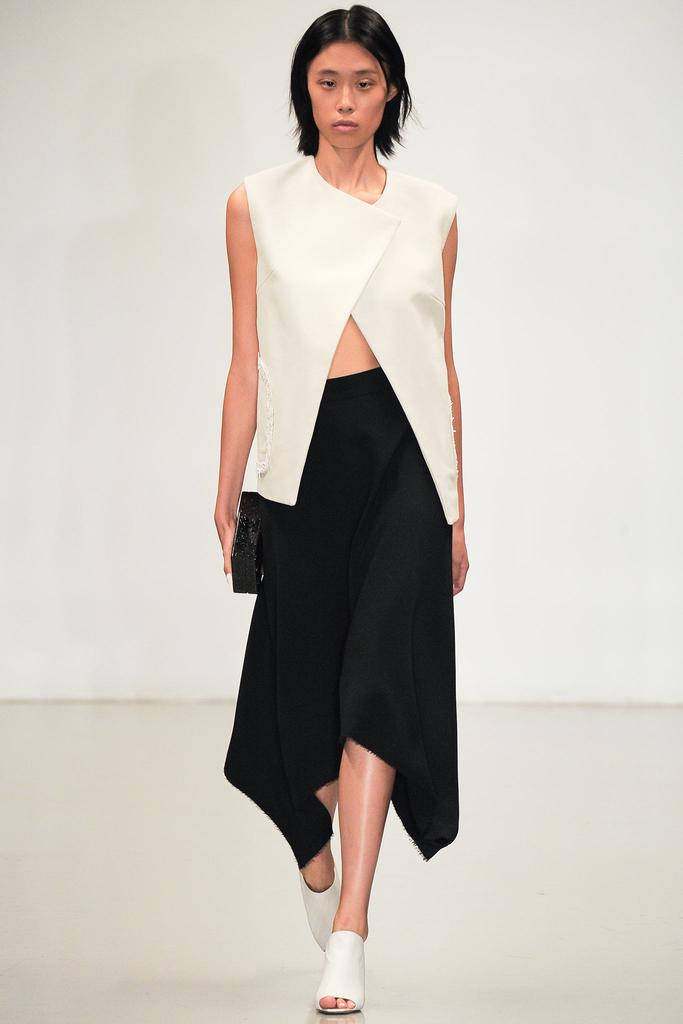 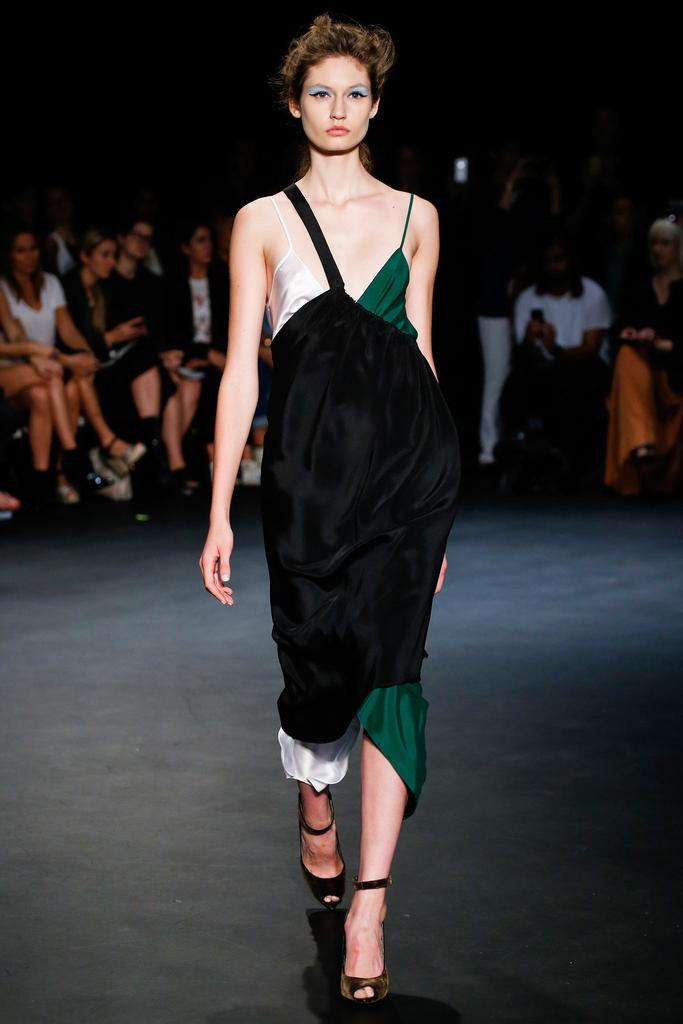 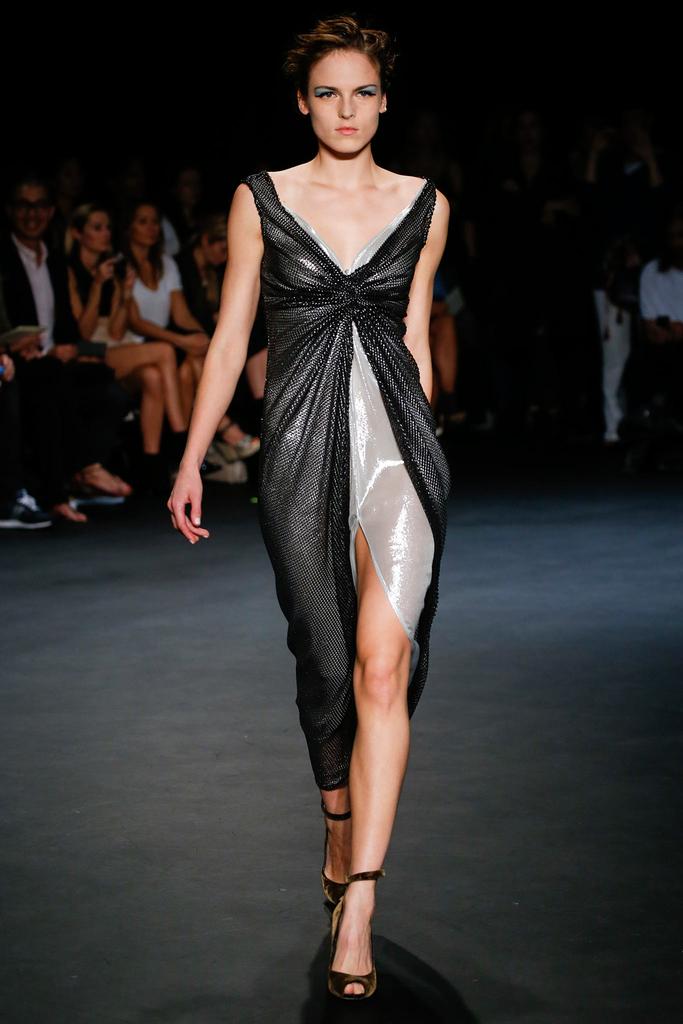 In addition to draping,  garments cut on the bias or with triangular inserts are present on the runways here this season. This is a wonderful addition to this week’s repertoire.  We particularly like the bursts of color and the textile choices. It’s great, chic fun! 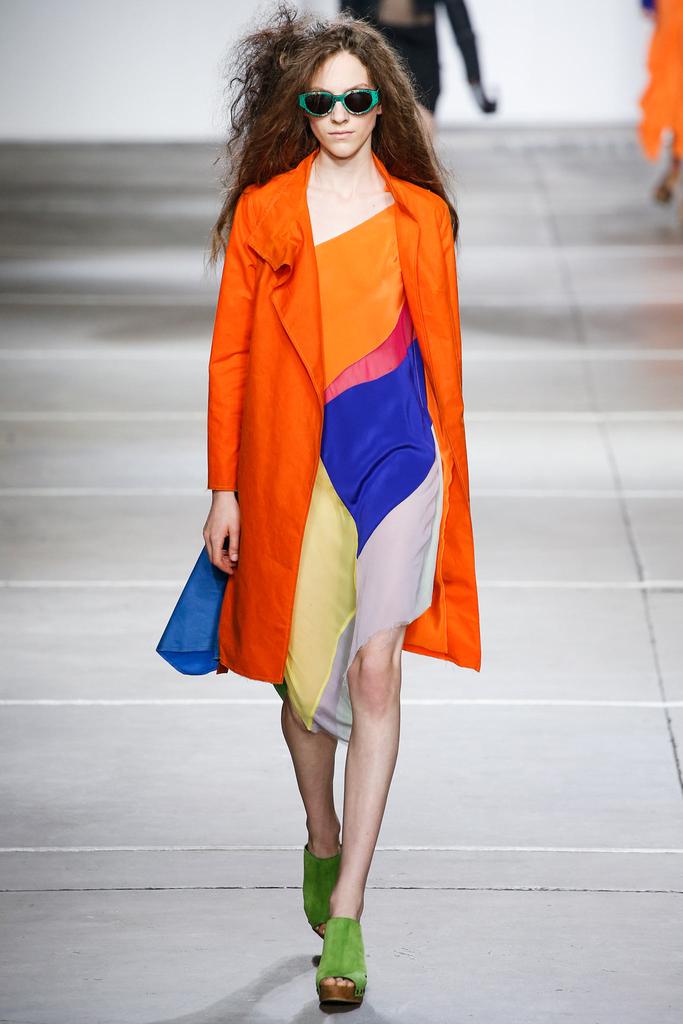 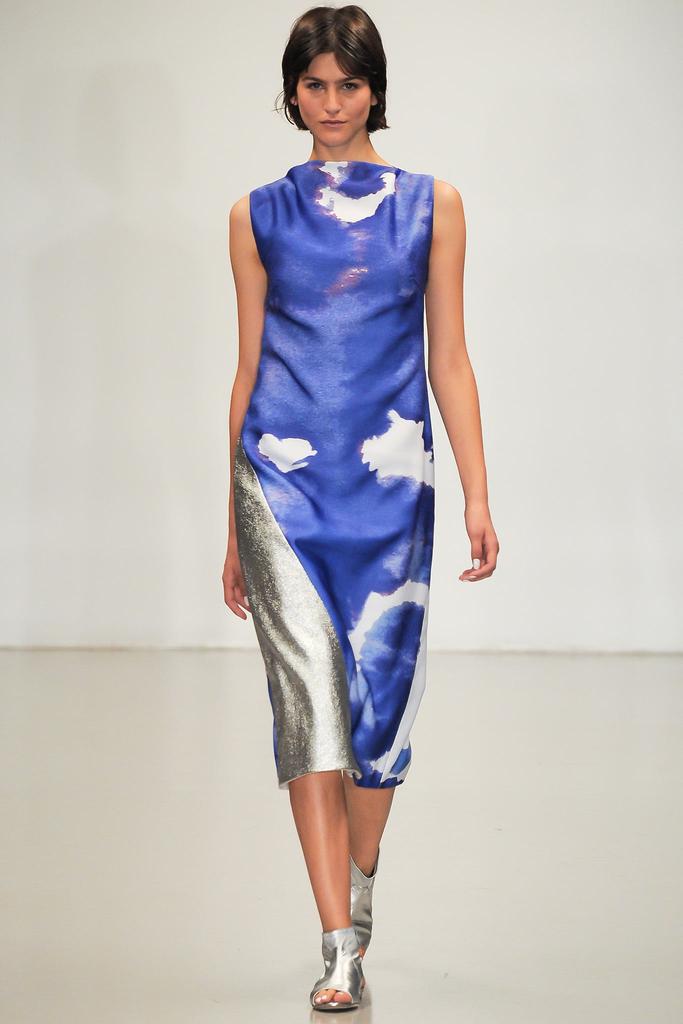 Denim and indigo, are back on track here too, but with a few twists. Deconstructed denim garments are starting to shake the establishment as are over-sized silhouettes, looking best once paired with tailored jackets. Designers are also getting playful with the denim concept by bringing in other treatments like embroideries and appliqués. 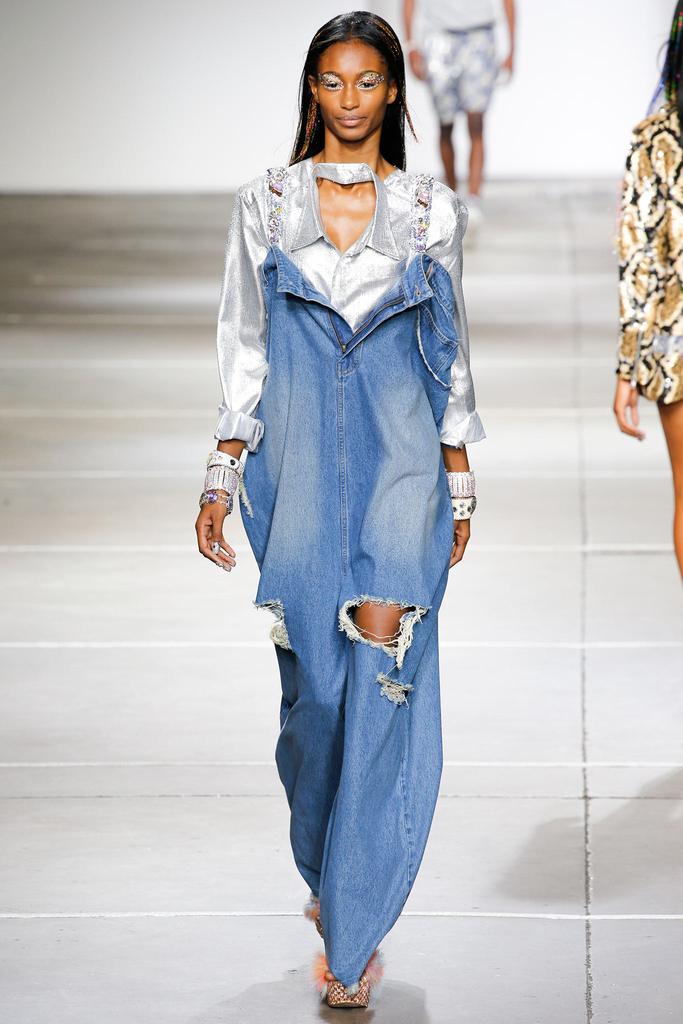 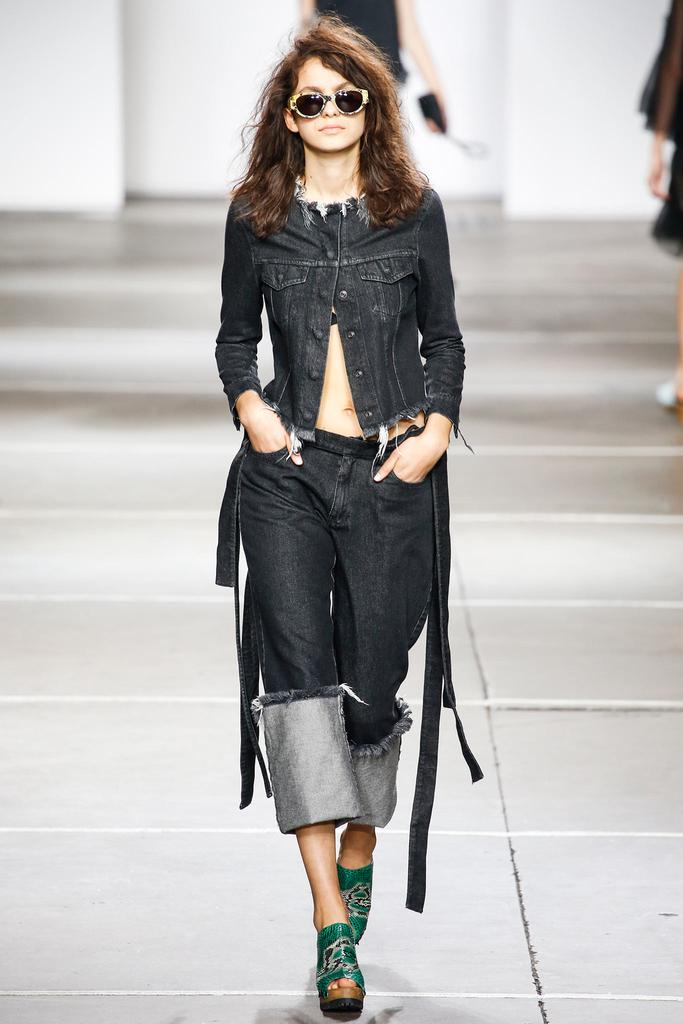 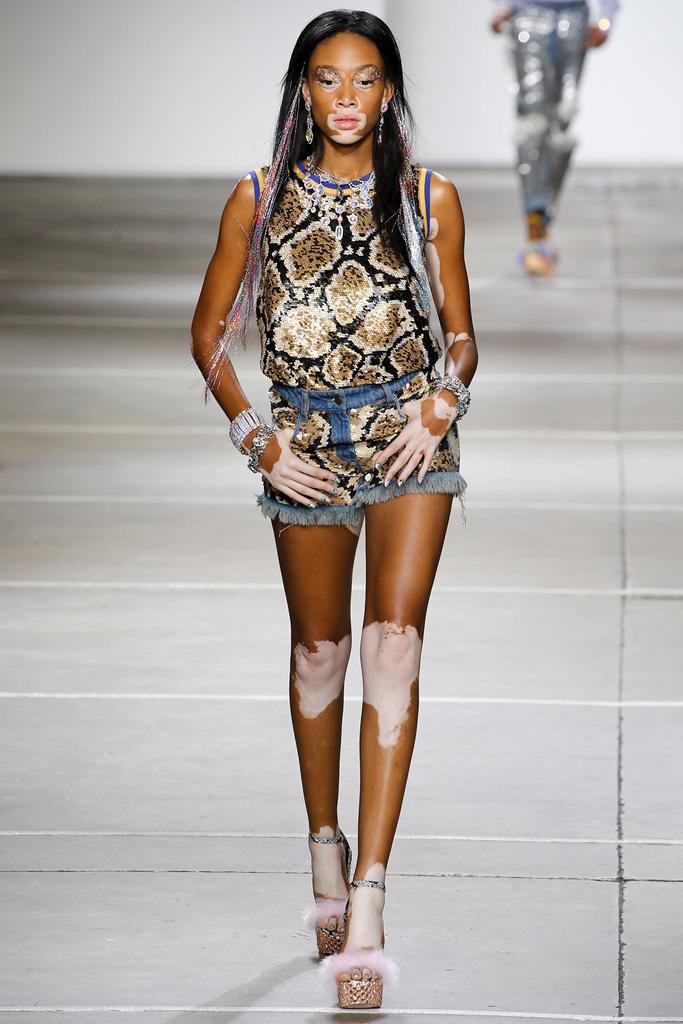 Looser skirts were on the menu, with skirts echoing vintage bell shapes from decades/centuries past. Of course London being London, the interpretations easily channeled history as much as they defied expectations. Some looked great,  others might be more appropriate for Halloween.  Still, the energy behind them proved that creativity was on hand for Spring-Summer 2015. 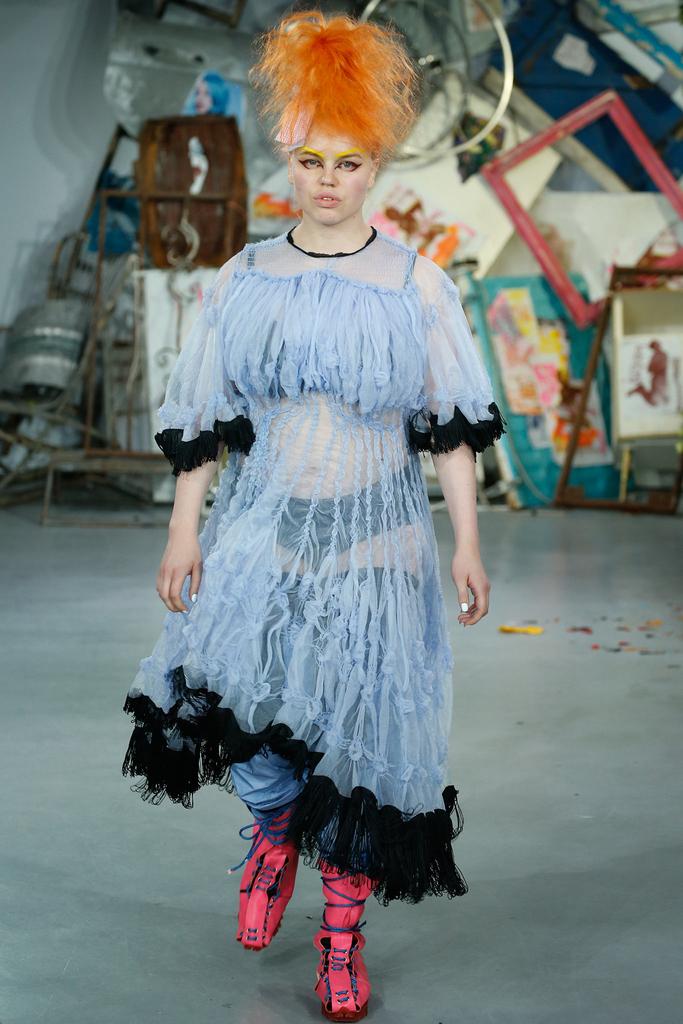 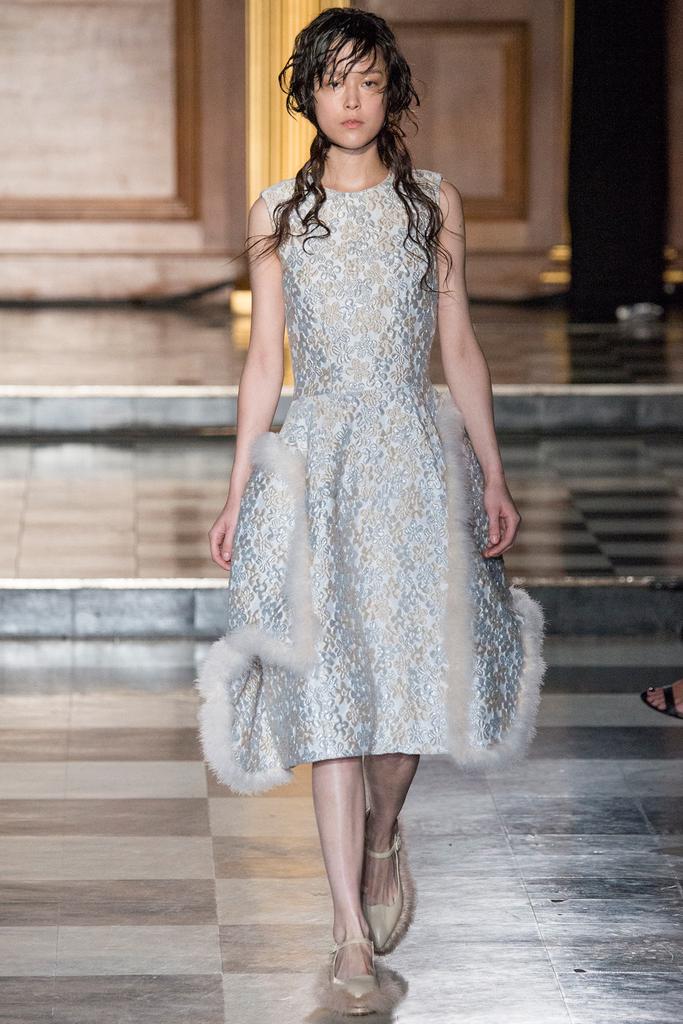